Wearing a red bandanna and wielding a massive hammer, Kid travels through Caelondia. Or what’s left of it. A catastrophe named The Calamity has shaped the land and its inhabitants in different ways, leaving almost nothing but floating ground surfaces, carrying the memories and figures of past citizens, now turned into stone. Wild animals, hostile flora and blob-looking monsters seem to be the only survivors. That is, until Kid finds Ruckus in the Bastion. The only place left standing that can rebuild Caelondia and take it back to its former glory.

In order to do this, Kid must gather cores from all over the Old World, visiting different locations with the ever present company of Ruckus in the background, who narrates the story from the beginning. He also makes comments in real-time about unique events, whether a joke whenever Kid falls from a platform or when he finds a new weapon and starts putting it on good use with the locals. Each core is a new opportunity to build in the Bastion: an armory, a shop, a distillery. You name it. They all have a purpose in Kid’s journey, from rewarding him with more experience at the cost of increasing the difficulty by activating gods altars, to more mundane activities such as upgrading your weapons and using tonics to receive bonuses every time he levels up. 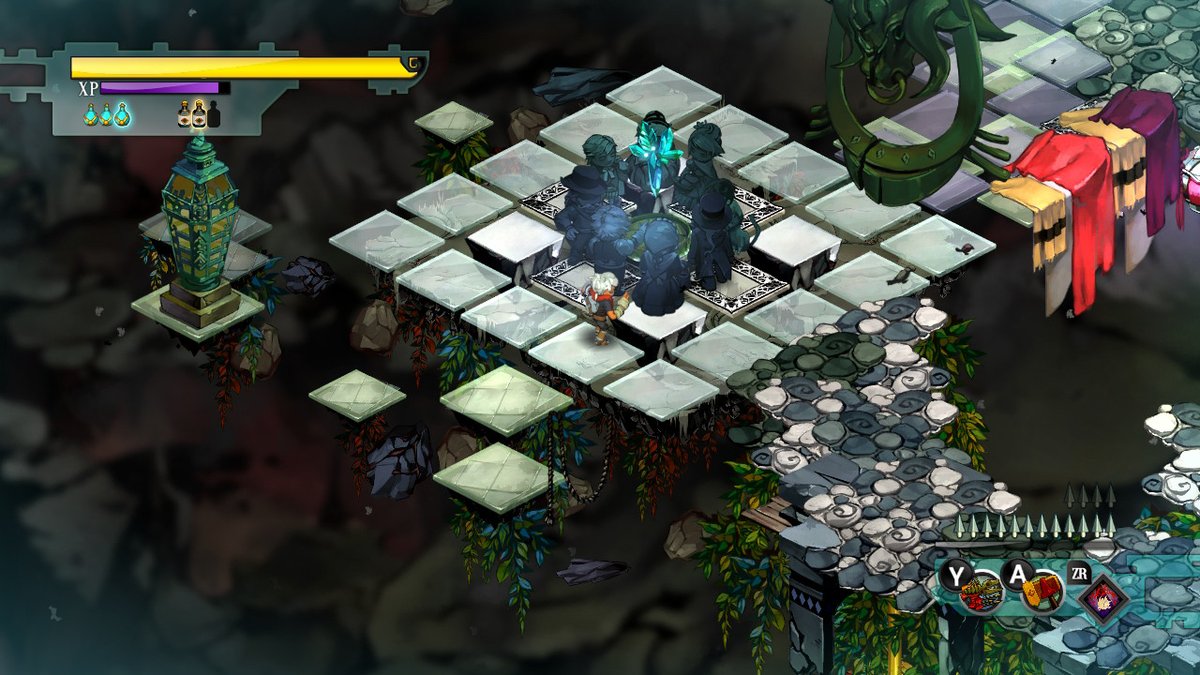 The worshiping in Pyth Orchard, the rail in Point Lemaign filled with merchant memories, the plurality of districts in The Workmen Ward. Stepping into Caelondian ground, even during its decay, takes both Kid and Ruckus back to remember what everything used to be, and the cost of the Calamity. All locations carry details in every corner, revealing their own charm the more we pay attention to them.

Of course, this is still an action-focused game, which means that pretty much everything in our reach can be destroyed by the slice of a machete or get completely wiped away by backfiring. Kid’s story involves a lot of fighting, and if it weren’t for the variety of weapons and abilities, perhaps its tight controls and fast paced rhythm wouldn’t be enough to make for an entertaining passage. Luckily for us, there is new weaponry to discover even in the latter levels, and most of the items we find in our ventures can be later used to upgrade such firepower (with an additional sum of money, that is), granting skills chosen between two upgrade trees per level. These can be swapped between them in any moment, which is a nice bonus as it doesn’t restrict you into a certain build, but rather encourages experimentation.

There’s a clear influence of the RPG genre throughout the game, but it’s even more present in the sense of progression. Weapons feel like the core (pun intended) to it, but everything surrounding them merges perfectly. There’s a unique challenge for each, and pretty much all new zones await you with something new to try on. Gathering the cores while learning new things on the go, both in terms of abilities and about the lore itself matched a perfect balance back when Bastion launched initially, and still holds up nowadays. 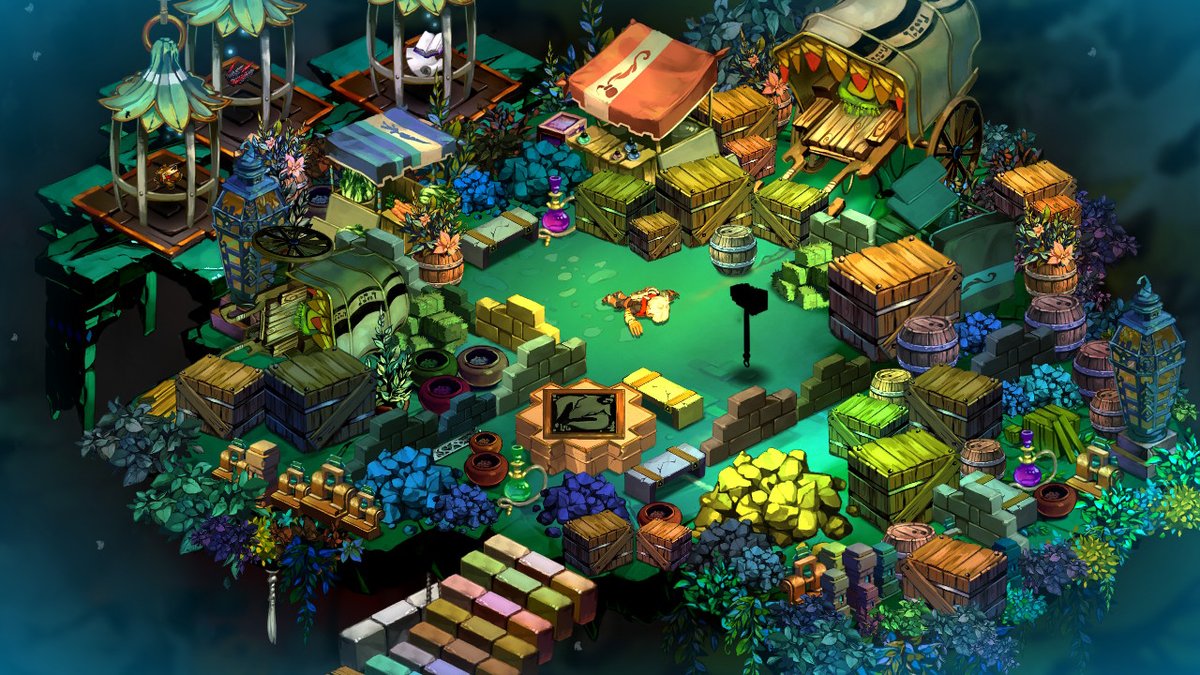 But I would be lying if I didn’t say the main focus of the studio is in the story, the handful yet complex and meaningful characters, and a joyful artistic direction that has been unmatched. The soundtrack, folks. It ties everything together with a wide range of songs, mixing acoustic guitars with grunge sounds that get stuck in your head in a matter of seconds. Only a few introduce vocals, which make them even more treasured since we pretty much hear Ruckus and almost no one else during the game. And these selection make for some of the most memorable songs in any game ever.

I don’t many people who haven’t played Bastion at this point, but believe me, there are a bunch of them. The Switch version is a decent port, using a correct use of HD Rumble when charging shots with a bow or landing on the ground after being flown to the air by a hammer. Playing in handheld mode provides a close-up to the studio’s gorgeous landscapes, and thankfully, subtitles have an acceptable size. But, aside from the previously released content (such as New Game+ and The Stranger’s Dream DLC) there aren’t any new exclusive features for Nintendo’s console.

Those who arrive to Caelondia for a second time will get trapped in nostalgia and benefited by the hybrid console to get Kid’s adventures pretty much anywhere. And players who are lucky enough to meet this story for the first time are in for a ride through one of the best experiences from the decade.

A copy of Bastion for Switch was provided by Supergiant Games for review purposes. Make sure to visit the official site for more information.

Founder and EIC of Into The Spine. Probably procrastinating on Twitter right now. Talk to him about pinballs, Persona, and The Darkness. @diegoarguello66

If you want to help us pay our writers, you can do so at: https://www.patreon.com/intothespine